“I’m passionate and devoted. To your cause. To your mission. This devotion permeates everything I do.”

Marketing Acuity has a seasoned team of experienced marketers, and a really smart Australian Shepherd. From marketing research to application of smart technology, we apply unique solutions to your challenges. We listen, adapt and apply so we can be the best marketing consultant for your business, company, or association.

Ann focuses on working with women entrepreneurs who are launching or expanding their businesses. Her focus is marketing technology and web design & development. Too often, women entrepreneurs are not the “techy” ones and they end up spending far more money and time than they should getting their marketing tech set up (often by companies owned by men who don’t necessarily understand the unique intersection between marketing and tech.) There’s more to tech than just the underlying foundations of website, forms, systems – there’s a customer out there who needs to find, connect and buy her products and services. Most tech firms do not focus on the unique needs of the female entrepreneur and her clients. Ann does. Plus, she never mansplains anything to you! 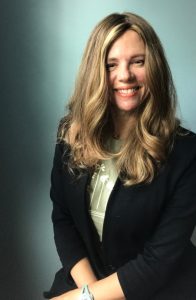 Ann Siegle has a B.A. in Advertising from Michigan State University with an emphasis in marketing and advertising design. Ann Siegle was CEO of Spoke8 Marketing from July 2012 – June 2015. From 2003 to 2010, Ann was a Partner at Tria Design & Marketing. Ann’s early career included a decade in her own marketing/branding firm Paradise Graphic Design, stints in publishing and a career as an entrepreneur and employee in high tech marketing. As a marketing consultant, Ann has spent more than 25 years helping businesses grow and achieve their goals.

Ms. Siegle is active in bicycling advocacy for organizations such as League of Michigan Bicyclists and the Tri-County Bicycling Association. She previously was a founding member of Capital Area Breastfeeding Coalition and remains an advocate and supporter of breastfeeding advocacy through work with local and statewide organizations devoted to helping mothers and babies succeed at breastfeeding.

Ann and George Siegle founded and ran the Tour de Road America Foundation from 2004- 2018 together with cycling friends in Wisconsin. The Tour donates over $30,000 annually, raised from the Tour de Road America bike ride, to cancer charities  the Austin Hatcher Foundation and the Vince Lombardi Cancer Clinic. Ann Siegle is a WordPress developer and is a Constant Contact Marketing Partner, bringing top tier tech solutions to help clients grow their businesses.

Ann’s tech backstory starts way back in 1981. The Apple II had just been released. Ann’s dad bought one. It had cassette tapes for storage (even before the 5 1/4″ floppy discs!) Ann’s dad bought it as a home computer – but there were very few apps available for it – one, called HomeWord, was a word processing app (similar to WordStar on the PC) and a spreadsheet app called VisiCalc. Ann learned these two apps – and they bought more. Ann’s dad eventually bought a database application and hired Ann at $2 an hour (hey, it was a steady gig for a 12 year old!) Ann kept his business’s employee records and designed/added new fields to this database. Ann’s dad would take the (eventual) floppy discs back to his office to another Apple II and print them on the large format green and white dot matrix printer for their office staff to use. Ann’s first database application was developed when she was 13 years old.

In her spare time, Ann would ‘chat” online using a 300-baud modem with her friend across town (this was back in an era of Princess phones with looonnng cords that you’d snake around the corner of the kitchen wall to have a “private” conversation.)

Fast forward to 1984, Ann got one of the first Macintosh all in one computers, and she got really into using brand new Adobe Illustrator software (along with PageMaker and QuarkXpress). Ann graduated with her B.A. in Advertising,  after having a capstone class in which a professor said to the class “the computer will never be a serious graphic design tool” and promptly got her first design job managing the  all-Mac design studio at a large Florida luxury property magazine and marketing firm in Fort Lauderdale, FL.

Ann started her own firm in 1989, while still in college, and she expanded it in 1995 when the tech firm she was working for merged with and moved to Southern California. Ann stayed in Florida and worked as a freelance designer for a lot of tech firms during a Latin America tech boom that was centered in Miami in the mid 1990s.

While Ann was still in college, this new thing called the “internet” wasn’t on the horizon yet (in 1991) but Ann worked in a “Sun” lab – using SunMicrosystems UNIX computers and used a very early prototype of the email exchange system that we all now use to conduct most business operations today. Ann had accounts with CompuServe and AOL (the first commercially available email systems). She had one million of those AOL CDs at one time. Probably. This morphed into the public internet as we know it, in 1996, and in the winter of 1996, Ann developed her first website.

Two more decades as a designer & techie, Ann began developing websites first in HTML, then with platforms such as Joomla, Drupal and WordPress – as well as database applications in FileMaker Pro. Ann’s tech roots go deep with nearly two decades managing her own web server for her clients. Ann was a pilot user of the first commercially available broadband internet in Florida and then again in Michigan when she relocated back in 1997.

If you’ve read this far, GOLD STAR! In short, Ann loves tech, loves, loves, loves it, and she’s as good with words, design, and messaging as tech – an exceptionally rare combination of market and design smarts meshed with incredible web tech acuity.  You’re in good hands with Ann.

Amy Romback
2021-03-17T19:38:46+0000
Ann is so wonderful! She helped me get my Wordpress website up and running recently and made the process a breeze. I... cannot recommend Marketing Acuity enough! She was extremely generous with her time and went above and beyond to set up a training program for me that fit within my budget. She made everything easy to understand and I definitely plan to use her services in the future!read more
Contact Marketing Acuity
517.402.8500 Mobile
517.258.0619 Office
ann@marketingacuity.com
Get more marketing ideas delivered to your inbox!
New on the blog
As a small business, should I stick with Twitter?
November 7, 2022

How to do digital relationship prospecting to grow your business
August 30, 2022

Creating and promoting interactive content for your business
June 1, 2022