Making the decision to move to a new higher education web site is challenging enough, but then considering what content management solution is right for your web site is even harder. Joomla and Drupal are two of the most popular open source content management solutions that are used in college and university environments. Open Source means that no one single company or developer owns the code, and the license is open for other developers to extend and improve it without cost. This appeals to many higher education and university webmasters. It’s both extensible and it’s no-cost for a license.

As a university communications manager, department or unit administrator or collaborative director, you probably don’t spend your time making decisions about what web platform to use, but you’re probably being asked to source a high-end, scalable and secure web platform by your internal IT department. 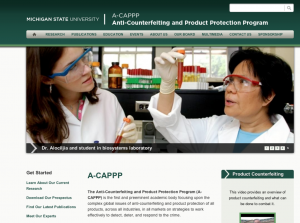 On the surface, any CMS can be designed to fit your higher education web site’s user experience. Choosing the best platform has a lot to do with how administration of it happens. (Above, A-CAPPP at Michigan State University)

Joomla – as of this post, the current Joomla standard is the 3.0x series

Joomla pros – Joomla is ideally suited for an environment with people on your team who are reasonably web savvy, maybe even a bit geeky. They may be interested in sourcing (from quality online sources) extensions, modules and other gizmos that add functionality and features to your web site in the future. There are some incredibly robust Joomla components which really could be standalone apps on their own. Especially for complex development like event management, community and social integration and management and verticals like real estate.

Joomla cons – Joomla, by it’s nature of extensibility, has sources of extensions from all over the world. Some of these extensions can link to or use javascript libraries on servers from other countries – such as Russia, or the Czech Republic, places where hackers are known to find safe havens. If you’ve used a quality extension from the Joomla.org site, and you’ve kept it up to the very latest version, you’re probably safe. But Joomla’s open nature, and the lack of vetting of every one of those extensions, means that there are risks if your site lags in maintenance and upgrades. If you’re installing them (or your team is) someone needs to be responsible for upgrading those regularly – it can take time, depending upon the number and complexity of those you have installed, so plan accordingly. Sites we develop have required maintenance plans attached to them.

Drupal, as of this post – is in the version 7x series. It’s much improved from it’s earlier 5 and 6x versions and has gained some real traction among developers in the last few years as the choice for large-scale web sites. It’s install base is less than Joomla and WordPress (a blogging/CMS platform), but it’s rapidly expanding.

Drupal pros – It is an open source content management solution that is favored by a lot of developers because it allows developers to easily create custom environments for clients to manipulate. Unlike Joomla which has, at it’s core, a set of features, and then extensions that bolt onto the top, Drupal comes relatively unfinished, and the developer creates or extends modules into fully functional tools (like registration systems or slideshows, or event management or commerce.) Drupal’s vetting of modules is much more intense, and as such, the environment is more secure as a result.

Drupal cons – because it comes relatively unfinished ‘out of the box’ with just two content types: articles (which work like a news feed) and pages, it doesn’t have a lot to work with for the novice or the lay web site administrator like Joomla does. It’s modules are more cumbersome to install than Joomla. If you’re familiar with the blog concept of “posts” and “pages” this is what Drupal ‘ships’ with. All other features – such as custom tools that are commonly used like latest article listings, RSS feed listings, visual modules for photos or slideshows, these all must be added and configured.

Why choose one or the other? Your developer probably has a preference. If you’ve had one or the other in the past, you might not want to relearn a new system. Neither is better than the other for large scale university department, academic unit or grant-funded project web sites, but there are considerations. The best way to match the best-fit is to conduct a web site discovery meeting. Our discovery process is extensive and usually spans one or two sessions with some homework in between.

No matter what platform you choose, good content organization plan that is developed. BEFORE you begin the redevelopment process is critical. 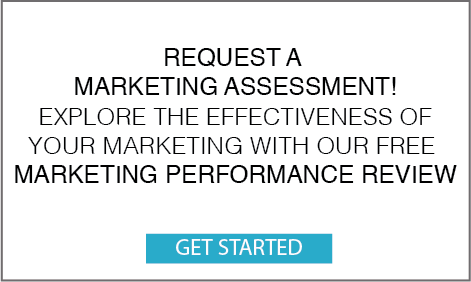 Amy Romback
2021-03-17T19:38:46+0000
Ann is so wonderful! She helped me get my Wordpress website up and running recently and made the process a breeze. I... cannot recommend Marketing Acuity enough! She was extremely generous with her time and went above and beyond to set up a training program for me that fit within my budget. She made everything easy to understand and I definitely plan to use her services in the future!read more
Contact Marketing Acuity
517.402.8500 Mobile
517.258.0619 Office
ann@marketingacuity.com
Get more marketing ideas delivered to your inbox!
New on the blog

How to do digital relationship prospecting to grow your business
August 30, 2022

Creating and promoting interactive content for your business
June 1, 2022

How to crack the top 10 in Google search results using easy to use WordPress plugins
March 2, 2022